Early exploration for our secondary characters: 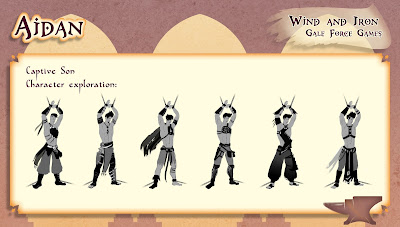 Aidan is the son of the protagonist, Hadiyah. and the God of the West Wind. He's an overconfident teenager who aspires to be a hero but gets himself in trouble. In our story, he's been kidnapped and is being held captive by his uncle, Ilimatar, the God of the East Wind.

Aidan wears many of the same colors and material types as his pragmatic mother, but has far less sense about the difference between functional protective armor and suggestive fashion. His clothes are worn and disheveled from the fight when we was captured. 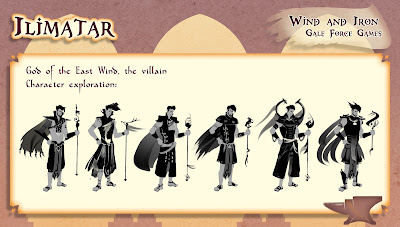 Iliamatar has kidnapped Aidan as bait to lure Hadiyah into his temple full of vicious lizard minions. He wants to kill them both as vengeance for the death of his brother, Demetrious.

His clothes are very showy and made of light flowing materials.

Posted by Jenn Johnson at 4:36 PM No comments:

We've been working on our story, character relationships, and visual exploration simultaneously. 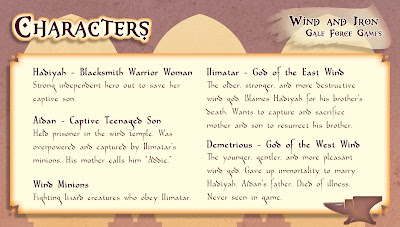 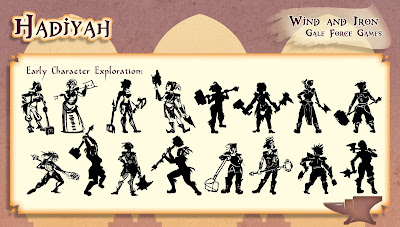 I've been doing the visual development, starting with silhouette, stance, and general body build. We knew we wanted her to read as strong and capable, so I'm leaning toward a stockier build and heavier weapons. She's almost certainly a melee fighter. 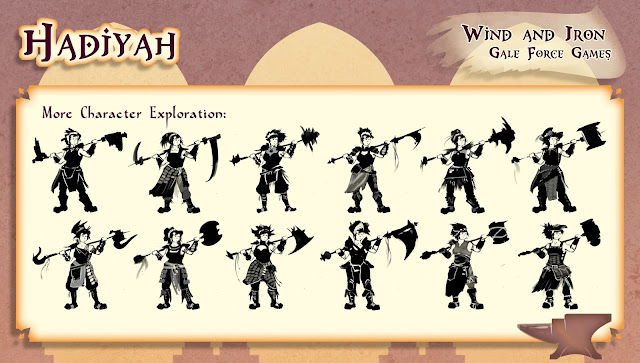 Posted by Jenn Johnson at 12:47 PM No comments: 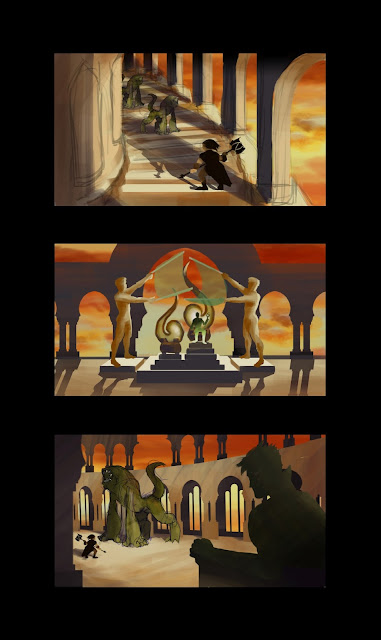 Top: Instead of starting in the arena, the heroine first has to fight her way up an open staircase to get to the main temple.

Middle: Inside the temple, the god is lounging on his throne. Our villain, the God of the East Wind, used to share this temple with his little brother, the God of the West Wind, until the brother fell in love with the heroine, gave up his immortality to father the (now captive) son, and died. The design of the thrones, through their heights, forms, and relative states of disrepair, will help tell that story visually.

Posted by Jenn Johnson at 12:34 PM No comments: 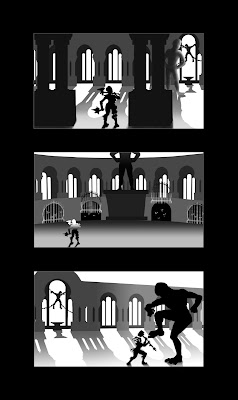 First thoughts on some moments from the game:

Middle: God watches from on high as his minions are released into the arena to destroy the protagonist.

Bottom: Having defeated all the minion creatures, the heroine fights the god herself in a final boss battle.
Posted by Jenn Johnson at 12:07 PM No comments:

Email ThisBlogThis!Share to TwitterShare to FacebookShare to Pinterest
Labels: Game - Wind and Iron 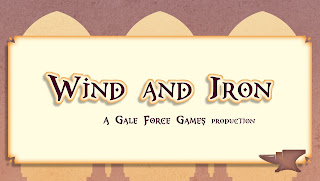 Started pre-production on a new game with a new team. We knew we wanted a story with a strong female protagonist set in a lush fantasy world.

The game features a young male aspiring hero, Aidan, who got himself in over his head and is being held captive. You play as his strong middle-aged mother, a total bad-ass blacksmith named Hadiyah, to defeat the god-villain and rescue your son. 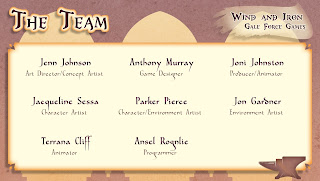 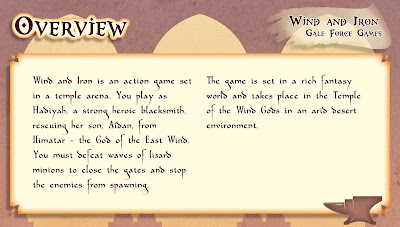 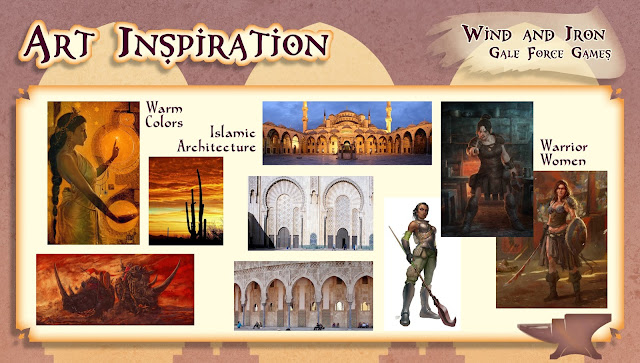 First and foremost, our heroine will be reasonably dressed - no battle bikinis here. Secondly, I was drawn to a warm color palette, which suggested a hot arid environment. 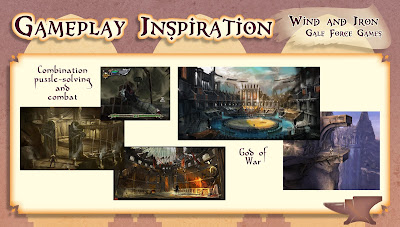 Posted by Jenn Johnson at 11:57 AM No comments: 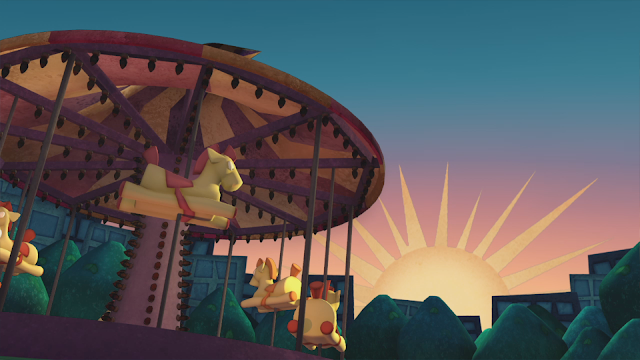 Here is a still from one of my favorite moments in the film.
Posted by Jenn Johnson at 4:00 PM No comments:


Here it is! The final film.

My goal with this piece was to tell a story in which an environment prop, the carousel, was the protagonist, and to pit it against a human antagonist. I always thought of the carousel as the hero, and I wanted it to display a two-sided personality; cute and harmless at the beginning and end, yet forceful and strong when the need arose.

My secondary goal was to translate a 2D cartoony feel into 3D without losing the stylized charm.
Posted by Jenn Johnson at 3:58 PM No comments: