Temple to the God of Effervescence 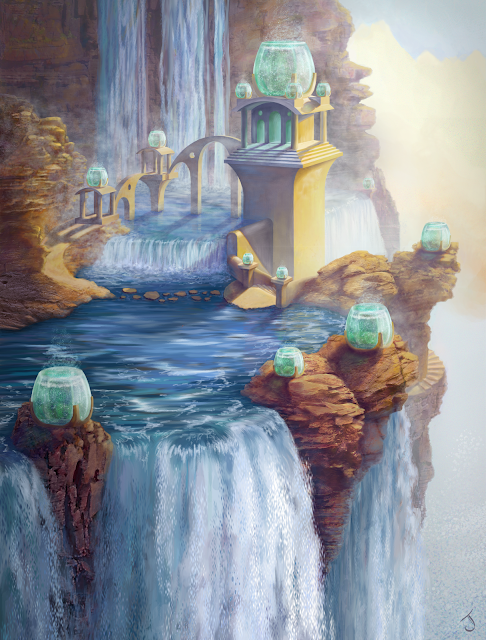 I was working under the prompt: Temple to the God of (fill in the blank). "Effervescence" made it on my brainstorm list after a host of more conventional deity elements, and the idea just stuck, strange as it was.


The two dictionary definitions are:
1. to bubble, hiss, and foam as gas escapes
2. to show liveliness or exhilaration

So I created a fantasy space which bubbled, hissed, and foamed, with waterfalls galore, and goblets of bubbly liquid, presumably with sacred significance. I also made it a place where visitors would be exhilarated. First, they'd need to climb up many narrow railing-less stairways to reach it, with the path winding behind the falling water, and then they'd have the opportunity to swim at the waterfall's edge or hang glide back down to the cliff base. Sounds pretty exhilarating to me.

Part way through, I turned to James Gurney's Dinotopia illustrations for inspiration. 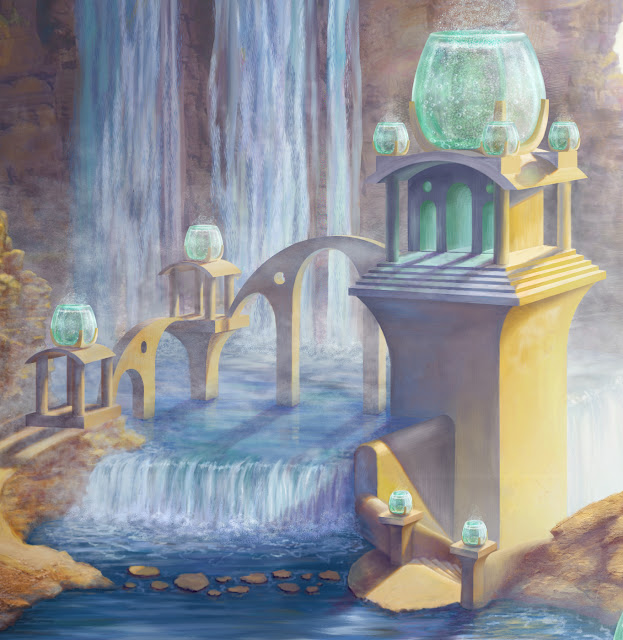 Posted by Jenn Johnson at 7:47 PM No comments: 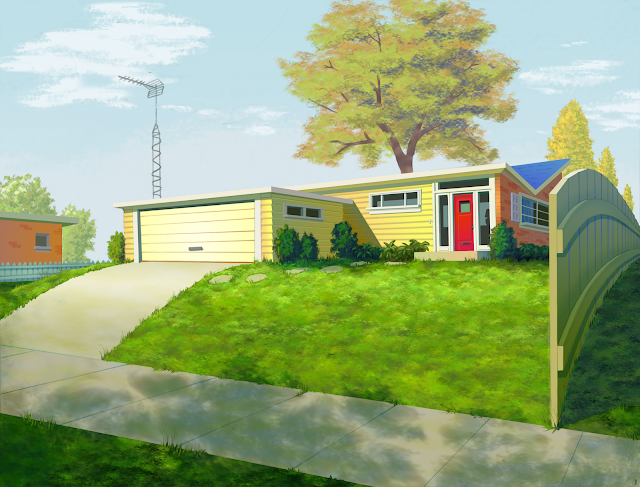 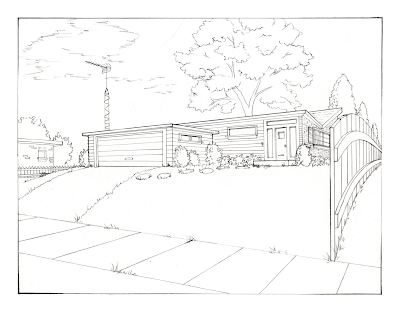 Posted by Jenn Johnson at 12:12 PM No comments: 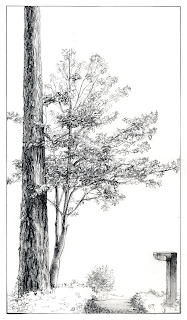 Posted by Jenn Johnson at 7:20 PM No comments: