A Lark in the Park

I lucked out this year with the most awesome film team. Marc Thompson animated the blue bookworm, and Jon Gardner animated the big guy with the butterfly net. They were a joy to work with. While none of us have any strong ambitions to do hand-drawn animation for a living, our project still came out pretty well.


We were given a limited set of character designs to chose from, and the beginning of a scenario: one character is wooing another, and the third gets in the way. How, where, and why any of that happens was up to the team to decide. All the frames were drawn by hand, scanned, and then colored in Toon Boom. I animated the purple woman and painted the background in Photoshop.
Posted by Jenn Johnson at 3:12 PM No comments:

Email ThisBlogThis!Share to TwitterShare to FacebookShare to Pinterest
Labels: Animation, Film - A Lark in the Park, Photoshop 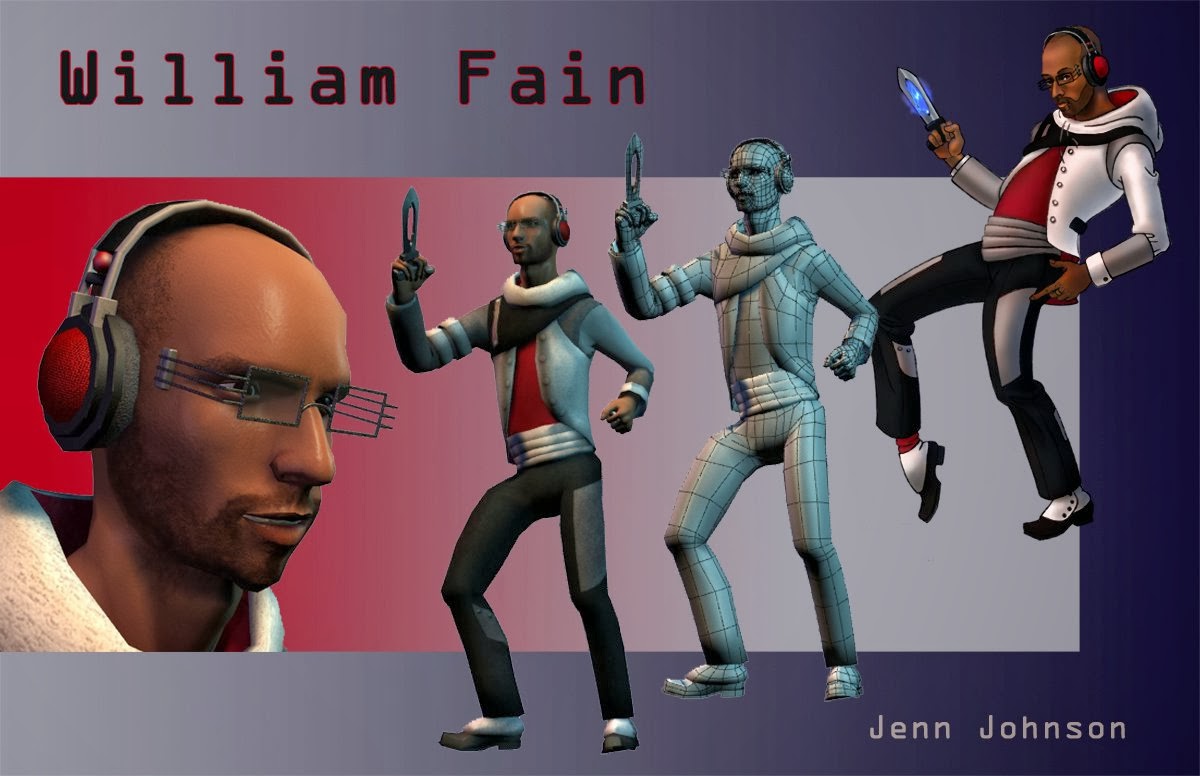 Well, here's how my first human in 3DS Max came out. A lot of learning happened, that's for sure.

Posted by Jenn Johnson at 10:41 AM No comments: 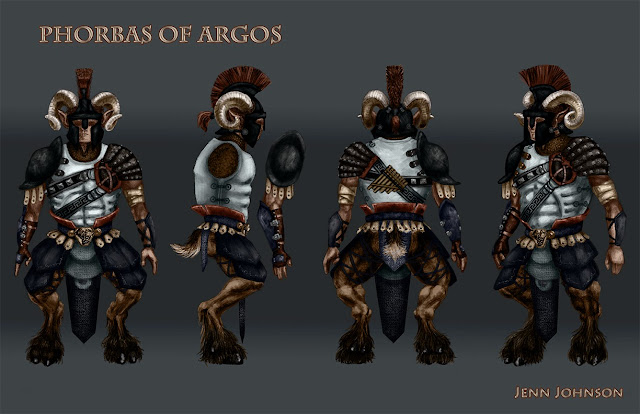 The idea here was that the creatures of Greek myth stuck around and were simply incorporated into the societies which developed in the Mediterranean after the fall of Rome. I placed this guy roughly in the period of the early Crusades, which gave me some liberty to mix and match periods of armor. He's a mercenary with a collection of pieces picked up along his journeys. 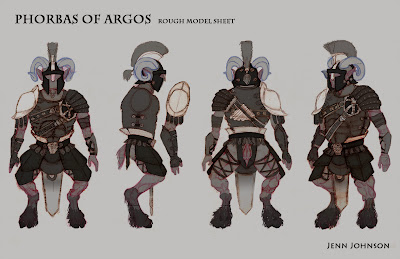 When it came to the animal anatomy, the biggest challenge was getting the right mechanic without making him look dainty and unstable. He's supposed to be a warrior, after all. For that, I looked at the chunky hoofs of Clydesdales and beefed up the leg muscles accordingly.

Posted by Jenn Johnson at 2:10 PM No comments: