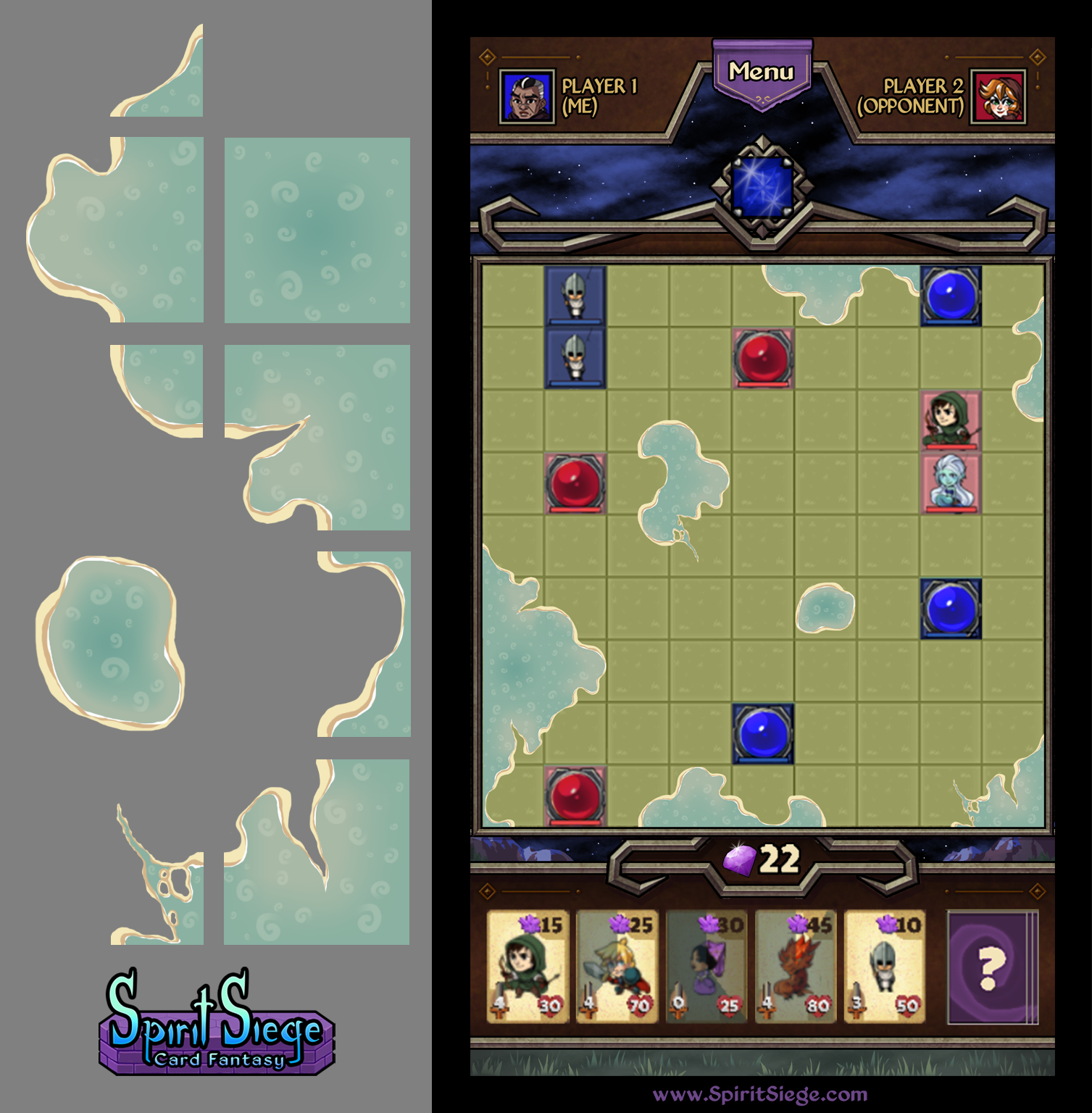 One of the tasks I worked on at Nova Heartbeat was designing a tileable water system for Spirit Siege, a top-down grid-based strategy game. We wanted to create organic-looking coastlines to generate visual interest while clearly delineating which spaces were playable. With some exceptions, units could not be placed on water. My rule of thumb was: water squares should be at least 75% covered by water, and grass squares should be no more than 25% covered by water. 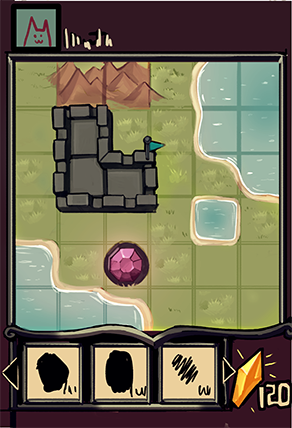 While the original mock-up by Caitlyn had pretty directional wave lines, I wanted the final assets to be more flexible than that, so I used spirals to create a non-directional water texture instead.
Posted by Jenn Johnson at 12:02 PM No comments: